This week’s blog is by Kevin Bowers, director of SUP’s upcoming A Jolly Sinister Jape by Elliot Strange. A longstanding member of SUP, he’s appeared in productions including THE DIARY OF ANNE FRANK, MONSTROUS REGIMENT and DIRK GENTLY. This is the first time Kevin has directed for SUP.

My first task was to find a play, based on the following criteria:

A frantic online search later and I’d found it! A JOLLY SINISTER JAPE is set in the 1920s and takes place in a large empty house… which may not be as empty as it first appears. The play has four protagonists: businessman Biffy and his actress wife Ophelia, on their way to a film set, plus Lord Stubbs – on his way to a party – and ‘Fatty’, an old school chum of Ophelia.

As always when selecting a play, it’s important that you love it: you have to be able to see it, feel it and know it inside out and back to front. If the play is a comedy it needs to make you laugh, hopefully out loud. You then move to a reading so you get to see if others are laughing as much as you do, and then… Auditions!

I was away for the first round of auditions so handed duties to a friend, an experienced writer and director, who’s assisting me in the staging of the show. Peter gave me notes on the auditionees and following a mop-up session that I could attend, we got our heads together and came up with the four actors that will bring our story to life. 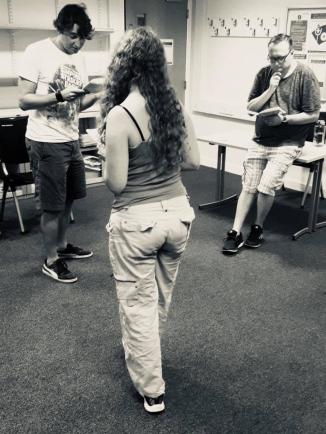 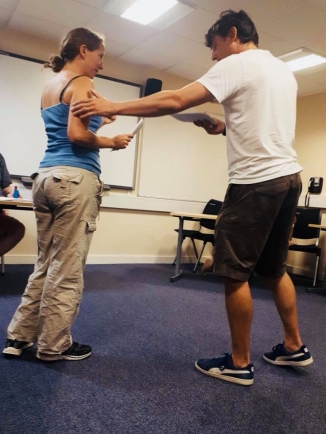 Plotting the moves the characters will make on the stage – blocking – can take a lot of time but allows you to quickly get the actors in the play and on to the development of their roles. The director has an idea of how they feel the part is played but, until the actor steps into the rehearsal room, you never know where it will end up. The cast I’ve been lucky to acquire have already challenged my original ideas and brought their own perspectives to the characters they are playing, and are already a team in a collaboration. As the director, I get the final decision – but I also want to make the process as fun and as interactive as I can possibly can.

A JOLLY SINISTER JAPE appears on a double bill with THE REAL INSPECTOR HOUND at Eastleigh’s Rose Theatre, 19th-20th October 2018. Tickets are only £11 standard and £9.50 concessions – with no booking fees payable

You can book tickets here