The SUP Theatre Company will be performing Lilies of the Land by the Lions part as an outdoor production at Furzey Gardens, 6-9 July 2022. We are looking for an all female cast with a minimum of 4 actors. Auditions are open to all, so please do come along.

Based on one hundred and fifty letters and interviews with original Land Girls, Lilies on the Land charts the personal journeys of four women who join the Women’s Land Army – determined to work endless backbreaking hours on farms across the country in a bid to do their best for the War Effort.

But how do these women, all hailing from different walks of life, torn from their families and bereft of all basic home comforts, deal with the hardships of farming life and the pressures of war? Maybe work clothes full of mice and toilet rolls falling from the sky are just what it takes for these girls to get through…

To Audition for Lilies on the Land: Please complete the audition form and in addition, download the script and prepare to read a speech from the character you are auditioning for – see list below. There is no need to learn the speech, but you are welcome to do so if you like. You may audition for more than one role if you wish. Character descriptions are on pages 2 and 3 of the script.

Download: Lilies on the Land – Audition Form (Word)
Download: Lilies on the Land – Audition Form (PDF)
Download: Lilies on the Land – Script
—–
Audition pieces are as follows:
PEGGY   pg 29 midway starting ” I was returning….”  include the whole speech.
VERA      pg 30 – 31  bottom of, starting “The bottle washing machine….”ending on “Annie had to point out that she had her elbow leaning on it”
MARGIE pg 22 bottom half , starting “It was a frosty, foggy day” to end of speech.
POPPY   pg 12 top of , from ” I thought all houses…” down to “I found the smell revolting”.
Location: Auditions will be held at the University of Southampton (Highfield Campus), Building 34, Room 1025, on Tuesday 1st and Friday 4th March.  On both days, auditions will be held from 7:30pm. You may need to wait a few minutes for your turn to audition.
N.B. SUP holds open auditions. If you are cast and are not already a member, society rules and our insurance mean that you must become a paid member immediately

HAVE FUN AND BREAK A LEG!

The SUP Theatre Company would also be interested in anyone who wishes to work backstage on this production. We are particular interested in finding a producer, a props manager, and a designer to help produce posters and programmes. If you are interested in any of these roles, please contact Gavin Costigan at: hello@suptheatre.co.uk

OUR MOST RECENT OPEN AUDITIONS: DECEMBER 2021 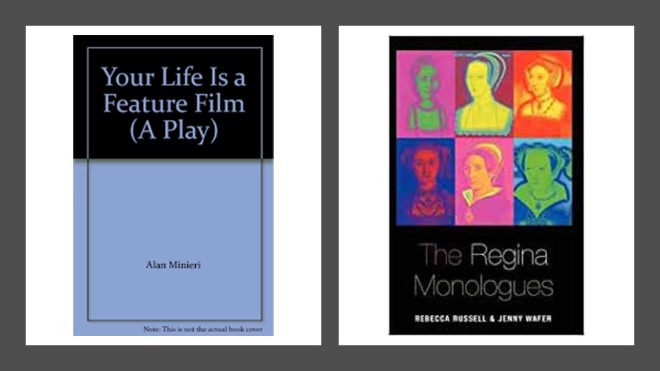 Auditions for both plays will be on 7th and 9th December 2021. You may audition for one or both plays, but our strong preference is that we have separate casts for the two shows, as rehearsals are likely to take place on the same days.

The two plays are:

The Regina Monologues, By Rebecca Russell and Jenny Wafer

Admired, vilified, de-humanised. Three Catherines, two Annes and a Jane. Six women with one thing in common – marriage to a man called Henry – have passed into historical legend. Of course, it couldn’t happen these days…

Six modern women have also married one man.  Their lives are both separate and intertwined as they tell their stories from a room in which they have all once lived. Their experiences – miscarriage, love affairs, betrayal, and a shared loathing of all things ginger – are portrayed with humour, pathos and a great deal of wine.

The plight of those sixteenth century women is personal, poignant and still relevant five hundred years on.

To Audition for The Regina Monologues: Please complete the audition form and in addition, download the script and prepare to read a speech from the character you are auditioning for – see list below. (There is no need to learn the speech, but you are welcome to do so if you like).

Your Life as a Feature Film, By Alan Minieri

Mother and son are having a scene. Suddenly a voice shouts, “Cut!” and the director runs down the aisle onto the stage. It is only a film. For twenty one years they have been filming this boy’s life. Everybody he’s lived with– his mother, his girlfriend, even the news vendor on the corner– is acting. The director induces him to sign a contract. The last scene will be his death. “This is a tragedy,” the director explains. His girlfriend deserts him and then does a turnabout telling him to flee. But then another turnabout occurs. Which is the real girlfriend? Which is the real world?

———————————————-
If you are auditioning for both plays then please complete 2 audition forms, one for each play, and let us know if you have a preference to be in one or the other.

N.B. SUP holds open auditions. If you are cast and are not already a member, society rules and our insurance mean that you must become a paid member immediately

HAVE FUN AND BREAK A LEG!